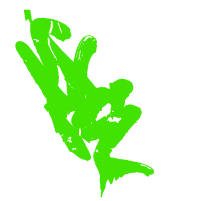 Jours Étranges is one of Dominique Bagouet’s most significant choreographies. Catherine Legrand, who took part in its creation and premiere in 1990, revisits the piece to remount it with young people from Orléans.

To the sound of five songs from the Doors’ album Strange Days, in front of two walls of speakers serving as the work’s only scenery, the teenagers will perform a succession of tableaux subtly sketching out the outlines of their collective identity. Adolescence is described as that particular moment where the individual must gradually emerge through and against the group.

During these two days of auditions, Catherine Legrand will first work on preparing the young people to interpret various excerpts from Etrange Days. The group will then take part in exercises related to the choreographic style of the piece. At the end of this weekend audition, a group of 12 young people will be formed to continue the project.

Conference on the work of Dominique Bagouet

Learning the choreography and workshops

– at the Théâtre d’Orléans

Public presentations (rehearsals to be scheduled on previous days)

For young people from 14 to 20 years old, who practice all sorts of dance, with no required level

became a student of Rosella Hightower in Cannes beginning in 1965, receiving classical ballet training. He made his professional stage debut with Alfonso Cata at the Ballet of the Grand Théâtre de Genève, and then danced for Béjart and Carolyn Carlson. He founded his own company in 1976 in Montpellier, a city that invited him to found and direct the Regional Choreographic Centre of Montpellier, and then the Montpellier Danse International Festival. Dominique Bagouet created some of the most striking works of contemporary French choreography, including Jours étranges (1990).

joined Dominique Bagouet’s company in 1982 and danced with it until 1993. Performer for many choreographers (Boris Charmatz, Olivia Grandville, Emmannuelle Huynh, Loïc Touzé, Dominique Jégou), she also organises projects for amateurs and teaches in schools and conservatories. Today she is active in the association les carnets bagouet, which carries on the choreographer’s work.