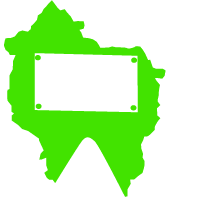 The National Choreographic Centres are the result of a policy of territorial development promoted by the French government in the 1970s, aimed at fostering the flourishing of French dance.

Constitution of a network of CCNs took form in 1984, when the Department of Music and Dance of the French Ministry of Culture, along with local and regional government, decided to bring together in a single system repertory and creative classical ballet companies as well as companies directed by choreographers of new French dance.

From 1989, the Ministry defined the CCN as poles for the development of dance, with the mission of maintaining a choreographic meshwork across France, each institution developing in function of the realities of its territorial site of implantation of its physical installations.

In 1991, Jack Lang, then Minister of Culture and Communication, clarified during a press conference that, while respecting the vocation of each company and in liaison with local authorities, the work of creation and dissemination would be reinforced by actions to raise awareness of dance, through company residencies – an assurance of aesthetic plurality – and through a policy of dance education.

Since 2010, the mandate and responsibilities of National Choreographic Centres have defined the primary mission of a CCN (artistic creation, production and dissemination of choreographic works) and its associated missions (aid and assistance to independent choreographic projects, development of choreographic culture, dance education and training).

Today there are 19 National Choreographic Centres spread out across the nation.

CCNs are directed by one or more people engaged in the profession of dance artist. They are complementary to the CDCNs (National Centres for Choreographic Development), which focus primarily on raising public awareness for dance culture and for the dissemination of works, also providing aid to their creation and production.