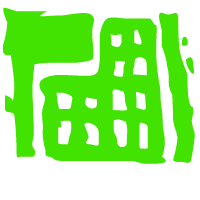 Directed since January 2017 by Maud Le Pladec, the National Choreographic Center of Orleans (CCNO) places the issue of audiences at the heart of its priorities. Artistic creation in all its forms, approached transversally, encompasses the project. In all its dimensions and for all audiences. The CCNO invites people to share and to explore: the before and the after, and the around. Monday after-work workshops, Saturday brunches, festivals, classes and workshops, performance art, open events, conferences, participatory artistic creations – all resonate together with the creative work of the artists in residence at the CCNO or programmed at the Théâtre d’Orléans.

The CCNO opens its doors as widely as possible, roaming the city and its surrounding areas, their public spaces, schools and associations, initiating projects in partnership “with” – in a movement of “going towards”.

Multiplying artistic practices and perspectives, giving impulse to a permanent back and forth between seeing and doing – for audiences as well as for amateurs of all forms of dance. It is all a question of accessibility. Making encounter possible. Creating connections.

Make the city dance, rendering each body visibly present in our shared space.

As part of the Théâtre d’Orléans – along with the National Stage, the National Dramatic Centre, and the CADO – the CCNO contributes to the collective dynamic of this artistic quarter, favoring development of creative and innovative projects to the benefit of its audiences.

Technical Specifications of the CCNO

GRAND STUDIO
A performance studio with an audience capacity of 170 seats, a stage area of 21m x 18m, and 7m height to the ceiling. This studio is usually dedicated to residences.
Floor Plan
Side View
Stage View
Seating Configurations

STUDIO 1
Dance studio – 95 m2 (equipped with showers and dressing rooms) – for different activities of the CCN: workshops and weekly classes.

STUDIO 2
Dance studio – 93 m2 (equipped with showers and dressing rooms) – for the rehearsals of companies.

LA FABRIQUE
Dance studio – 98 m2 – for the rehearsals of companies.