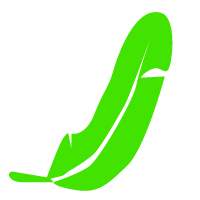 Being Sisters to be Stronger!

It is July 16, 2019 as I write this editorial for the upcoming season’s program for the CCNO. On the same day, I receive a press release from the ACDN, the Association of National Dramatic Centres, which begins as follows, “On July 11, 2019 at the ACDN General Assembly, we hosted Agnès Saal, a senior official in charge of equality, diversity and discrimination prevention, who presented us with the guidelines proposed by the French government to fight discrimination in the art and culture sectors, based on a report describing the particularly discriminatory situation against women in our professions…”

Remember that the French government has made the fight against gender inequality one of the media spearheads of its politics. However, at a time when our sector is going through a serious crisis concerning violence against women, it appears this issue is not a priority in people’s minds. According to national surveys conducted by the SACD (Society of Dramatic Authors and Composers) and the Observatory for Equality between Women and Men in Culture and Communication, female artists are struggling to be programmed in cultural venues. The public is often unaware of this, but when you visit an art exhibition or attend a concert, a play, a circus or dance show, you are faced with a vast majority of male artists.

Culture is a powerful vector for changing mentalities. Taking concrete action to promote gender equality in culture can have a positive influence on society as a whole. At the Centre chorégraphique national d’Orléans, parity, accessibility to works, and diversity of proposals and audiences are issues that are at the heart of our artistic project, and also of our site and life project. Faced with the lack of evolution of the profession in the face of inequalities, it is time for us to revolutionize and question these mechanisms of domination and exclusion, whether they are professional, cultural, familial or societal. This is why the CCNO insists on female creation, by continuing to develop a positive dynamic around women’s artistic engagement in creation and by continuing to highlight this female creation in dance programming in Orléans.

While the issue of the place of women in creation has always been a major concern in my vision, and has continued to be so since I arrived here, we have not communicated or articulated it clearly. So it is time for me to give name to it, to MAKE VISIBLE THE INVISIBLE.

For my next new work with the CCN – Ballet de Lorraine in 2020, new collaborations take into account this desire to promote the creation of women artists of my generation: the designer Koché and the musician and DJ Chloé will accompany me in this adventure. For my next creation in 2021, I will pay tribute to composers by creating a piece around the female repertoire, from medieval to modern music (from Kassia to Moor Mother).

In 2019, out of the seven productions assisted by the CCNO, four were created by female artists. We invited twenty-three female artists to participate in programming or projects that the CCNO is carrying out throughout the year for everyone.

This fall at the CCNO, we will be hosting in residence and for creative work strong artists forging their way forward with determination, all in an inclusive vision of the world: Lenio Kaklea will be addressing rituals and lifestyles (practices, habits) as part of her choreographic process. To this end, she has formed a team of women from across the entire European continent. Marie Houdin, from the hip hop company Engrenage[s], accepted our invitation to share with the young people of Orléans her knowledge and her technique of African-American dances of the 70’s. To accompany the arrival of the Anne Teresa De Keersmaeker’s company Rosas with the piece Bartók/Beethoven/Schönberg at the Scène Nationale d’Orléans, the CCNO is presenting a portrait of the choreographer as a journey for the audience-rice. Composed of practical workshops, encounters and an exhibition (around Fase, another of the choreographer’s flagship pieces), the CCNO is proposing a moment for sharing the emblematic style the Belgian choreographer has been developing over the past few decades. In 2020, and in the continuity of these portraits of women, a spectator-rice journey will also be offered based on the engagement of the Brazilian choreographer Lia Rodrigues.

Naming and making the invisible visible also touches all of the CCNO’s fields of engagement.

The acceleration and escalation of our world today invites us to be attentive, vigilant and to take care of ourselves and others. Daniel Linehan reminds us of this in his next new work for which he will be in residence at the CCNO. sspeciess is a project that draws its thread from eco-thinking, from attentiveness to the other and to their environment. With the same concern for “taking care”, Rémy Héritier and Laurent Pichaud invite us to speak out, listen to each other, and playfully share their choreographic games, a piece that brings us to talk about dance, for and by each and every one.

And to propel us even further, the CCNO festival Jeune Gens Modernes [Young Modern People], will be back, to the delight of all! This year, this key music and dance event will be entirely dedicated to women’s artistic creation. For this special edition of 2020, it will be necessary for her to borrow a new outfit and a new title: YOUNG ~ MODERN WOMEN!